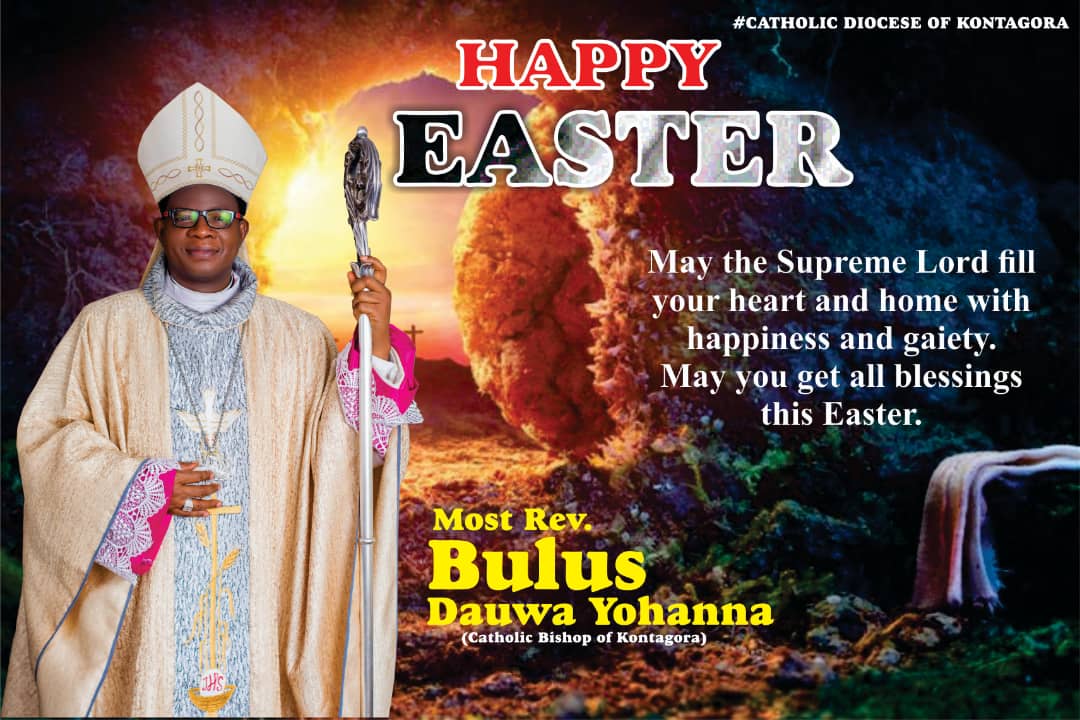 The Team, impelled by the Good News, and its Catholic heritage, proclaims the Gospel of salvation to all peoples, and promotes holistic development through actions for social advancement, justice and peace.

The Catholic Diocese, Kontagora, is a place where the profound dignity of the human person is respected, inculturation is promoted, basic human needs and rights are met, and the Good News of salvation is proclaimed and lived.

Commitment to duty, Accountability, Respect for All People and the World that Sustains Us, A Spirit of Openness Towards All, Liberation from Fear and Every Form of Oppression, The Love of and the Example of Christ.

The first missionaries to settle in Kontagora area were the SMA Fathers. Fr. Martin McDonnell, SMA took up residence in Masuga (8km from Kontagora) in 1937. From Masuga they developed an outstation at Zuru; and in 1952 the first priest (Fr. Danny Watson SMA) settled there. In 1962 the SMA Fathers withdrew and handed over care for these stations to the priests of St. Patrick’s Missionary Society. Fr. Jim Noonan, SPS then took care of the growth and development of the Church until the return of the SMA Fathers in the mid-nineties.